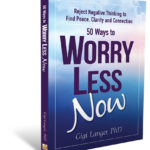 WHAT’S A COVER REVEAL??  So, in book marketing there’s this thing called a “Cover Reveal.” (I learned this from my wise mentors at http://supportindieauthors.com). You post a picture of your book cover a couple of weeks before its release. . . and Boom!

Yup, you guessed it: This is the BIG REVEAL, the first time anyone has seen the great book cover designed by Kelly Zorn  here in Ann Arbor, MI. Isn’t it gorgeous?

WHAT’S IN IT FOR YOU? The book has a lot of great stuff: Practical tools, compelling stories, and easy-to-use ideas that defeat worry and negative thinking. Check it out at https://gigilanger.com/new-book-worry-less-now/

I discovered the strategies through therapy, recovery programs, energy psychology, spiritual traditions, and mental health research.  (I’ve used these techniques extensively because I have a teensy issue with worry!)

WHAT ARE READERS SAYING? As one advance reader wrote: “Your personal story and the examples of the strategies helping peoples’ lives show that the techniques really work. I learned so much.”

Access your own wisdom, power, and dreams by applying the ideas in this book. Calmly and wisely handle any challenge: relationship failures, illness, work stresses, worry about loved ones, substance abuse, fear of failure, perfectionism, negativity, depression, childhood trauma, or anxiety.

Gigi Langer, PhD.  With more than 35 years of experience in psychology, therapy, and recovery,  Gigi is a sought after speaker, retreat leader, and award-winning writer and professor.  She has co-authored five other books for educators.

50 Ways to Worry Less Now will be released in  print and e-book, March 2018.  Available at gigilanger.com. 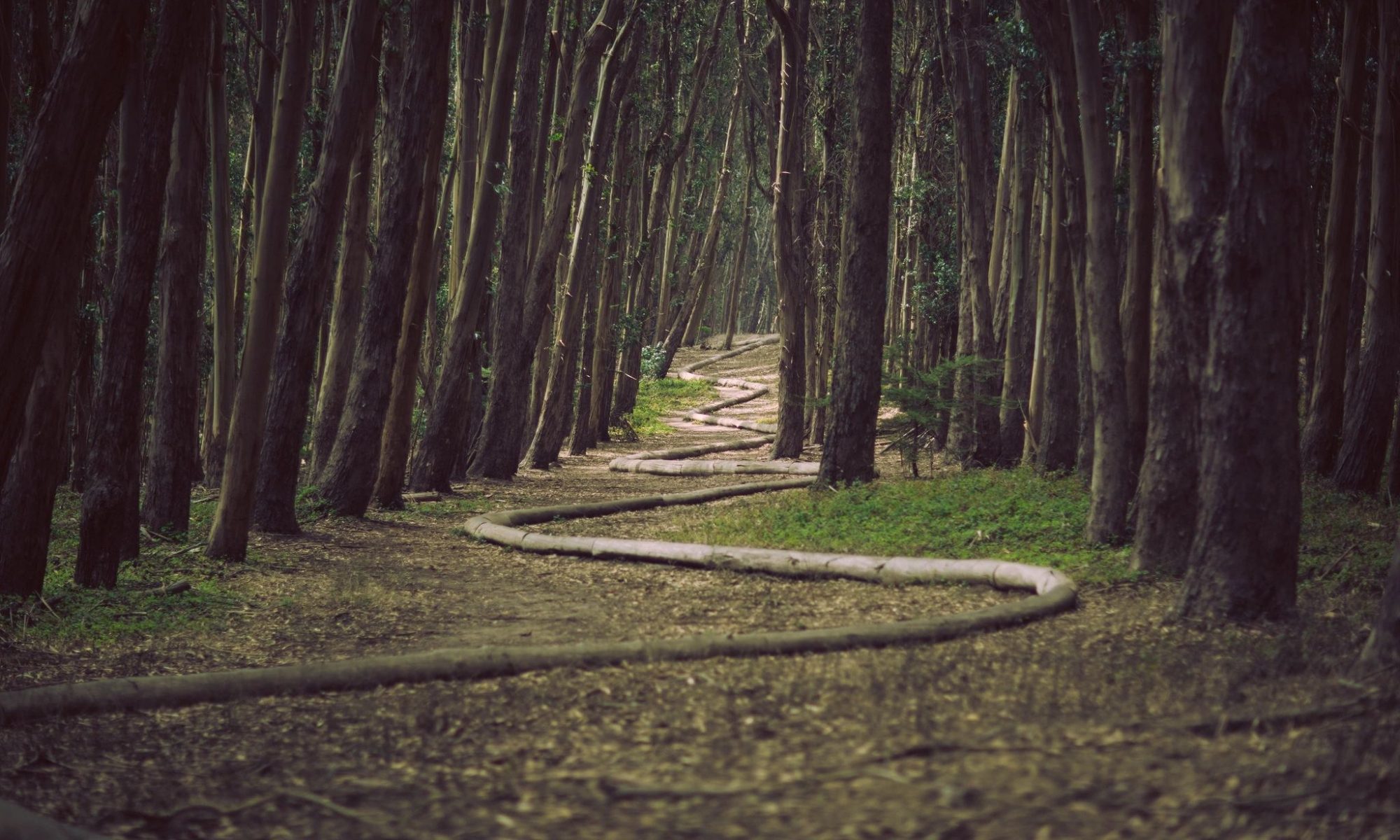 If you’re like me, you often worry or stress about the complications in your life. Because I know this state so well, I’m sharing a few tips for turning the negative upside down to positive thoughts. Trust me: They work!

You might be wondering how you could possibly solve your problems by using these “indirect” practices rather than attacking the issue directly:  It might seem upside down.

But, when you connect with your inner wisdom instead of your fear, sooner or later the answers will appear—in the most amazing way and for the best of all involved. 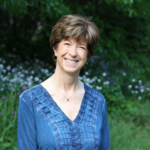 Meditation to the rescue!

After I stated aloud my dream to write this book, I experienced a period of turmoil and resistance I refer to as the backlash effect. My whispered lies seemed to wake up and say, “What? This can’t be! There’s no way you’re going do that!” “You can’t get this honest about your life; people will think you’re neurotic,” and “You can’t handle it if people criticize you.” Suddenly, I found myself unable to write.

A quote from Goethe sums up the coincidences that followed soon after I hit that block: “The moment one definitely commits oneself, then providence moves too. All sorts of things occur to help one that would never otherwise have occurred.”

Despite knowing about the many benefits of meditation, I had never been able to get the hang of it. I just couldn’t quiet my incessant thinking long enough to feel successful. Then providence moved in a surprising way.

• While at lunch with my friend Chris, who had just completed her first book, I shared my fears about my writing. She told me how meditating had calmed her mind and given her a connection to a source of wise guidance in her work.

•Soon after, I made a new friend, Mara, who meditates for twenty minutes twice a day. I became envious of her unflappable sense of peace.

•Later that month, a woman in my book club mentioned she recently began meditating as part of her treatment for shingles, and had not had an episode since.

•After spontaneously deciding to attend a women’s retreat, I found when I arrived that the topic was meditation! As the weekend progressed, I began to believe I could actually adopt this helpful practice.

•Soon after the retreat, a friend asked me to join her for Deepak Chopra and Oprah Winfrey’s twenty-one-day online meditation challenge.

At that point, I looked up to the heavens, and said, “OK, OK!” and began to meditate most mornings.

I find if I skip my morning meditation, I have less serenity and bravery to deal with my challenges. For example, I recently began my day by reading many emails about a retreat I was leading. When I later went to my desk to piece together some new ideas for this chapter, I noticed I was tense and couldn’t find the right words. I then stopped, asked myself, “What’s wrong?” and remembered I had neglected to meditate.

Instead of criticizing myself, I gave myself kudos for noticing my tension. Recalling that it’ s never too late to start a day over, I did just that. As I entered the stillness, I could almost hear my body saying, “OK, the wise one is driving the bus now. We can stop the high alert.”

I received a wondrous result: I wrote the exact the words I had been searching for earlier. I was no longer stuck!

Gigi Langer is a former “queen of worry.” She’s also an educator, speaker, and author of Worry Less Now! Coming out in Fall 2017, the new book contains 50 powerful tips to defeat negative thinking, find inner peace, and be happy.